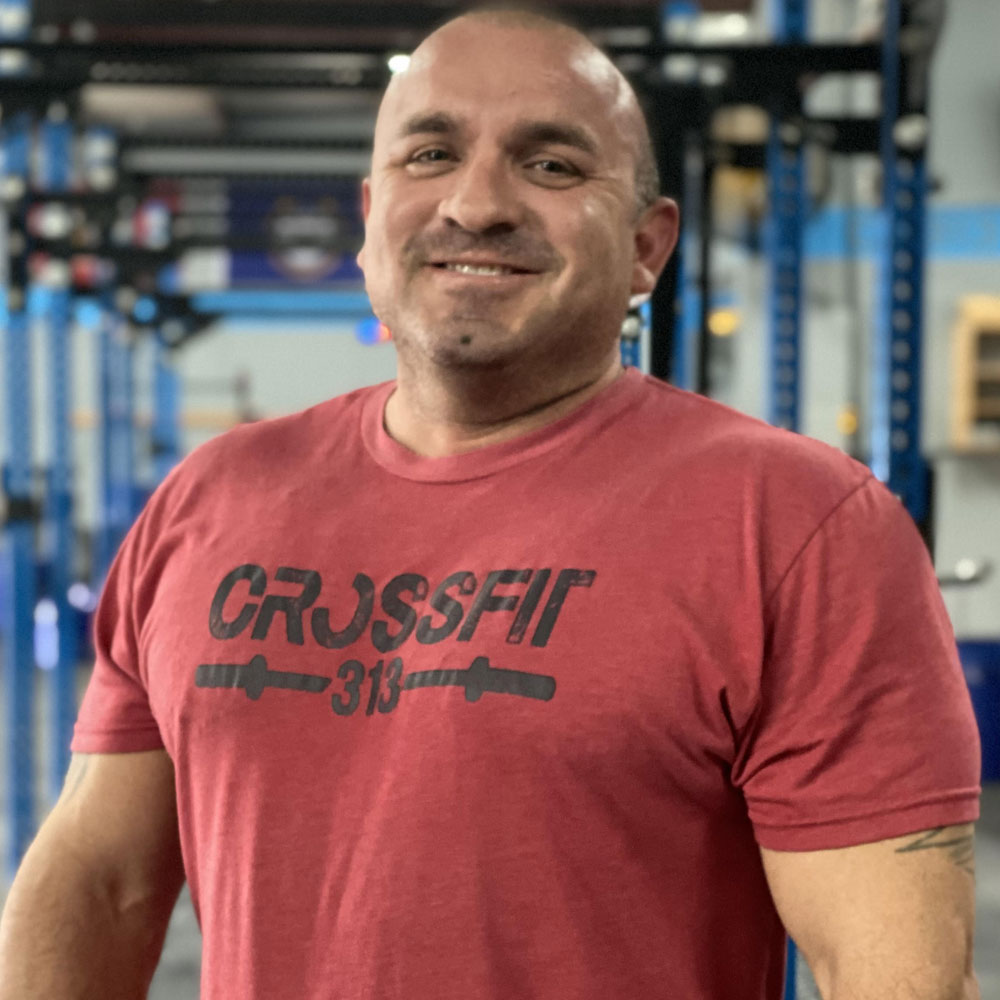 Starting in his youth as a rambunctious bottle of energy, Anthony set the groundwork for his health and fitness lifestyle. Always with a desire to learn new things, it fueled his curiosity to step outside of what people would consider mainstream.

Over time he sought education and training that would grow a deeper lover and understanding for Health and Fitness. Learning different techniques and approaches from school and his time in the military he became a personal trainer. Attending seminars and continuing education his commitment to health, fitness and mental training became foundational to both his and his wife everyday lifestyle. Finding CrossFit expanded the library of what he understood as fitness. After trying a few different conventional and unconventional Gyms and Boxes he found his home at 313.

In no time at all, his wife Tanner began coaching and he was able to see first-hand how she was helping others change their lives through health and mental preparedness. Not one to favor the sidelines he jumped at the next opportunity that arose to coach at CrossFit 313. After graciously being accepted by the coaching staff and owners he attended his CFL1 certification course and has enjoyed being able to help change lives through classes and one on one discussions ever since.

Our Country won’t go on forever, if we stay soft as we are now. There won’t be any AMERICA because some foreign soldier will invade us and take our women and breed a hardier race!” LT. GEN. LEWIS “CHESTY” PULLER, USMC