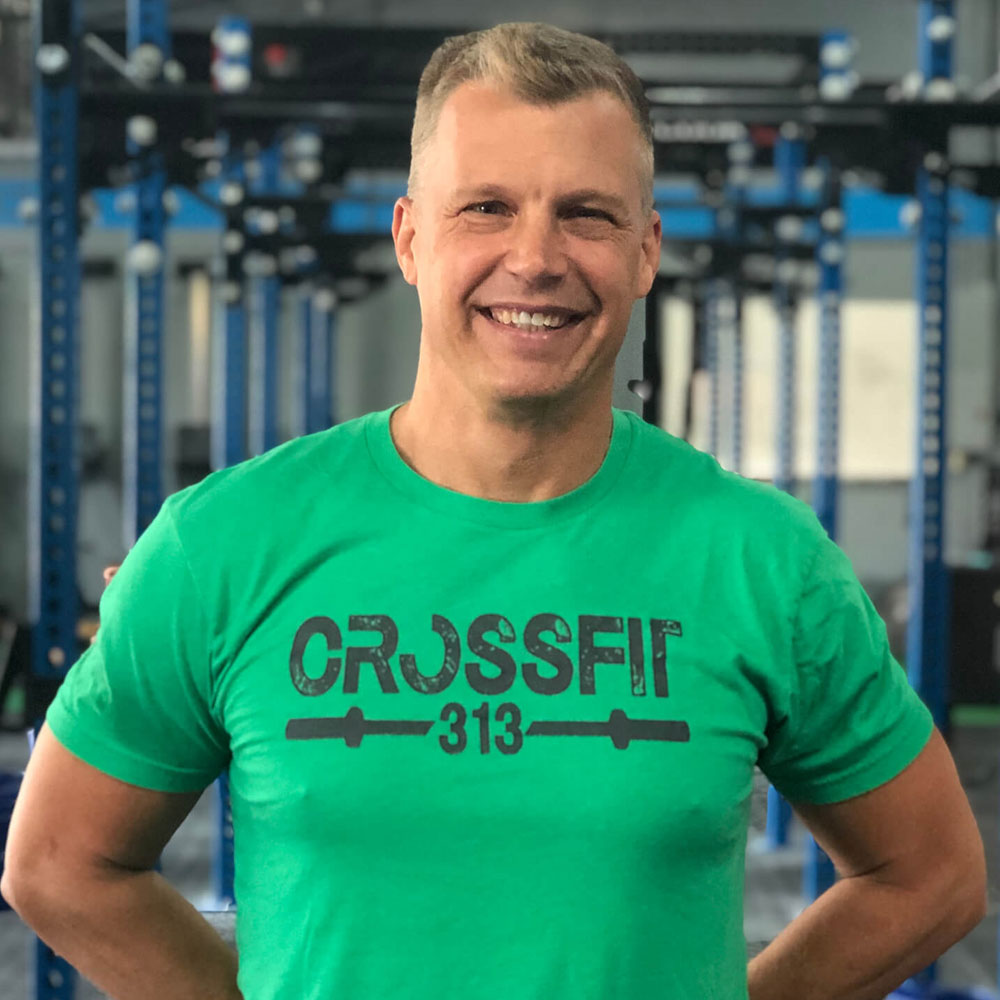 Tate found CrossFit in 2015 at 48 years of age. It was different than anything he had ever done before. Tate (before CF) was a very active & outdoors kind of person. Getting older his body needs movement to keep it from losing the skills he once had. Being married to his wonderful wife, Amanda, with two remarkable teenage girls, Lily, 15 and Maddie, 13, not to mention a full-time job, time is limited, and schedules are a must. Having the ability to come in, warm up, workout, and cool down in such a short time is awesome. He does not have to think or plan, just move and do the work! The added benefit of others doing the same workout at the same time is incredible.

Tate believes in this methodology so much that I decided to become a coach in 2017. He has been with CrossFit 313 since the first day it opened and would not be anywhere else. Tate has traveled to multiple gyms all over the world and can say from his experience that 313 is a special place with an amazing group of people.

Wise words from Tate “I hope you will come give us a try and find out that you are worth the time and effort of being strong and healthy too.”